Pi Day!!!! (well, to me, everyday should be pie day, but PIE-nally, it’s REAL pie day 😉 ). At the end of a long week (or even the start of one. Some weeks, Garfield really knew what he was talking about. Also, possibly your desire for murder may have even increased if any one said this to you on Monday: 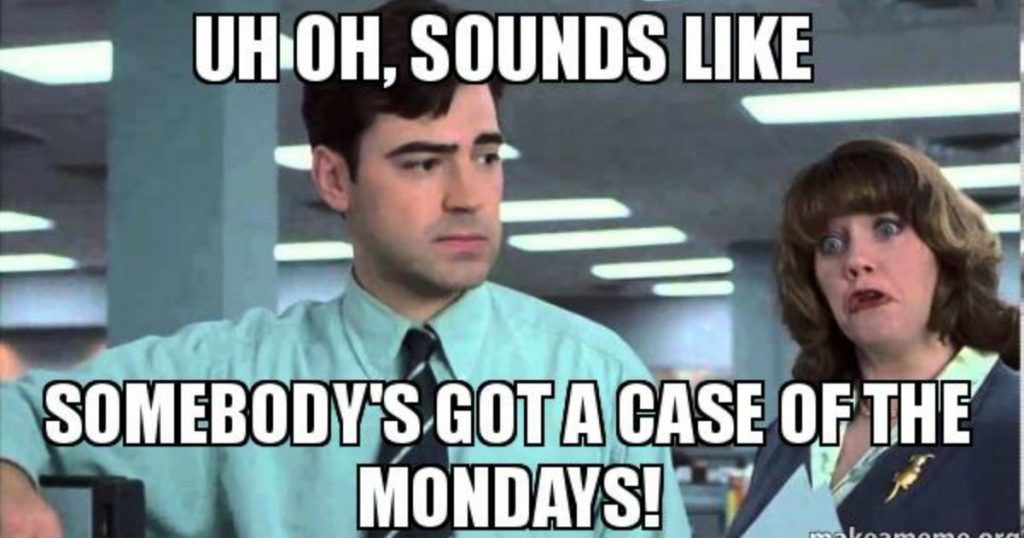 I have the solution that will possibly save you from a lifetime of jail and being someone’s bitch where you might possibly get no pie at all (although apparently prison cake is a thing? Seriously, check out this article, it’s amazing and kind of makes me want to commit a crime, so I can go to jail and make this…or…you know, maybe NOT commit a crime but still make it  – scandalous I know (although it sounds delicious enough to be a crime all on it’s own 😉 ). Phew, talk about your segues Amber!! Where was I? Right, at the end of a long week (or maybe the start of…Oh right, I did that part already 😉 ) you just want to kick back with a mind-altering beverage of choice, but, as I have most definitely mentioned in previous posts, sometimes, it may not be appropriate for wherever (or whenever) you are (what do you mean I can’t toss back a shot of whisky every hour on the hour for the whole day while I’m at wrk…er…worke..uh…*glug, glug*…what’s happening? *black out for 2 hours* “Oh no, I misthhhhed my 4pm shot, now I have to drink, 4, no 2, no…uh…rest of bottle going in face. *head shake of sadness*

As a public service, and to help you avoid what is quite clearly becoming a problem for you, I recommend weaning yourself off the sauce with this rum soaked raisin and oatmeal pie instead. No one will be the wiser! In fact, you’ll be eating oatmeal and raisins at you desk now! So virtuous! You’re practically the poster child for work appropriate behaviour. Plus, if you do like I did and make a bit of extra pie dough so that you can have some fun cinnamon sugar coated pie crust cookies on top in whimsical shapes, it appears even more innocent.

But worry not fair teetotalers (or children (both literally and at heart) – and if you are a child – thanks for learning to read using my blog, I’m touched really 😉 ), this pie can appease your desire for oatmeal and raisins as well. Simply soak said raisins in some equally delicious apple cider and maple syrup instead and you’ve got a pie that would satisfy even the pickiest of pie eaters (which is definitely not me. My criteria for whether or not I’ll eat a pie is pretty lax. Is it pie? Yes. Will it kill you? We don’t think so. Hmm….good enough for me! If I die eating pie, seems like a fair trade 😉 ).

So…my pie slicing abilities are definitely not up to Martha Stewart standards (speaking of which, I wonder if she was the inventor of that prison cake? If so, she definitely used her time in the slammer wisely). I’d like to just straight up lie to you and say I didn’t have a knife in the house or something, and that I actually just cut this piece using the edge of my hand (c’mon, if that were actually true, you’d suddenly be impressed with how great and clean a slice that actually is considering), but alas, I’m just not good at cutting the inaugural slice from a full pie. #Skillsfail. I think I need an engineering degree to accomplish it effectively. Possibly it’s also because my usual form of pie consumption goes something like this:

…and thus I am just not used to using anything but my hands? (yeah, that’s my story and I’m sticking to it). If I’d been super smart and committed, I would’ve gotten really into pi day and made my pie in the shape of the pie symbol. That would’ve been really bad ass (although frankly, my pie slicing being what it was, I probably could’ve just arranged that hot mess into the pie symbol and then pretended like I had done it on purpose. Damn it Amber! Where was that genius coverup when it would’ve actually been useful?!!! 🙁

Kevin, enjoying the hot off the presses slice of pie. He was very kind and made no reference whatsoever to it’s level of hideousness. When I asked him how come he wasn’t making fun of how ugly it looked, he told me, “I didn’t notice, I only have pies for you.”